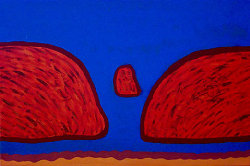 The Legend Rock, an important part of Gunaikurnai mythology, lies in shallow water by the shore of Bancroft Bay, opposite the Metung Yacht Club in Tatungooloong Country.

One day, some fisherman who had hauled in many fish with their nets, ate their catch around their campfire. The women, guardians of the social law, saw that the men had eaten more than enough but had not fed their dogs. As a punishment for their greed the fishermen were turned to stone.

This story is one of many Gunaikurnai stories that were told and retold to show that greed would bring punishment.

The Legend Rocks hold great spiritual value to the Gunaikurnai people and the story serves as a great legend for its people to remember the laws of the land. 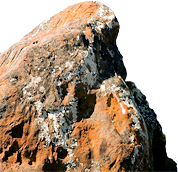 There were originally three rocks in the formation at Metung, unfortunately two were destroyed during road construction along the shore of Bancroft Bay in the 1960s.  The last rock was preserved when community members and Gippsland & East Gippsland Aboriginal Cooperative had an injuction issued. The Legend Rock continues to be protected under the Heritage Act of Victoria.

Turn off the Princes Highway at Swan Reach and follow the Tambo River, well signposted.

Tatungooloong is one of the five clans of the Gunaikurnai. Tatungooloong people occupied most of the Gippsland Lakes area. 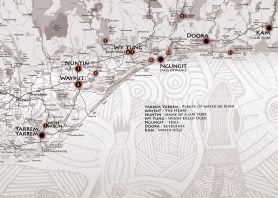